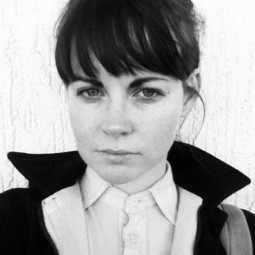 Jessica Birkett is a doctoral candidate with the University of Melbourne’s Faculty of Medicine based with the Children’s Bioethics Centre at the Royal Children’s Hospital. Brought to the faculty through the Australian Research Council discovery grant in response to her initial research with the University of Sydney’s Department of Philosophy following her BA (Humanities & Philosophy) at California State, her work explores the use of phenomenological methods in conceptualising neurobehavioural disorders. The ARC project ‘Addiction Moral Agency and Moral Identity’ on which Jessica was a researcher, conducted a longitudinal, combined theoretical and empirical study into the phenomenology of addiction experience as an experimental project in the addiction subset of neuroethics. Her own dissertation concerns the integration of phenomenology into clinical practice, particularly in the diagnosing of neurological or mental health disorders and inferences around patient agency therein.

Through her work in researching addiction neurobehaviouralism Jessica gained interest in phenomenological research presenting experiences of agency incommensurable to the canon accounts of rationality essential to principled bioethics. Her research produced accounts of drug-addicted persons experiencing simultaneously coherent and disunified selves, irreducible to the data discovered in their collective fMRIs. The anomaly isn’t a new discovery, rather has long existed as a paradox within philosophy of mind; however the coupling of neurobiological and neurophenomenological support to determine what this implies about the ontology of human agency, is new. Observing the burgeoning trend of increasingly novel attempts to anatomize agency in neurobiology Jessica is interested in the boundaries of new neuroessentialism and how phenomenological methodologies might enrich research of disorders commonly understood to diminish an individual’s capacity for self-regarding action. With a mind towards applicability, she applies her research to law and practical bioethics. Involving both dimensions of the neuroethics question, she is interested in what neuroscience reveals to metaphysics and how these findings ought to be translated into clinical practice; these broad interests resonate in her current work as a researcher and educator.

Her research presents studies into neurophenomenology, cybernetics, artificial intelligence, etc. as affirming agency ( interchangeably, consciousness) to exist in a myriad of ways both material and temporal. If we assume that mental disorders exist within or as an impediment to agency, it follows that they too exist multidimensionally. Coalescing evidence across divergent fields is essential to more accurately understanding the scope of factors which accord agency; however it is an illogism to assume a reductive view of agency as a summary of caused parts; to do so runs the risk of treating symptoms in isolation and ineffectively. For example in the use of neuroscience to illuminate the ontology of mental life: there’s no measuring the impact the discoveries of neurological correlates to associative behavioural disorders have entailed, though the causal links between them are still so far incomplete and precarious. However, the limitations of neuroscience so far experienced are not entirely technological but rather owed to a strictly neuroessentialist approach to mental life assumes a narrow, straitened account of agency. The spectrum of mental disorders has been shown to have significant biopsychosocial and phenomenological features, a lack of collaboration between fields and their respective methodologies risks treatment that is considerably inefficient- consequent of an incomplete definition of mental life.

In the interest of best practice, Jessica supports recognizing the limitations of the neurochemical model of self (or the ‘mental self’) to rather support an account of agency best characterised in the philosophical term ‘moral agency’, or the agent as active, experiencing and intentional. Distinct characteristics of a moral agency is an existence that is narrative rather than passive, relational rather than mechanistic- and while she is irrevocably a sum of her parts, she’s also capable of volition, intention and the generation of meaning. It is her experience of illness, disorder (etc.) and her derived capacity (or incapacity) to respond to and accommodate these physical changes that ought to serve as indication of her capable agency. In supporting this, her dissertation supports the employ of a substantive over a reductive account of agency for issues of consent for those experiencing permanent or temporary mental disorder with the same attention to causal and phenomenological dimensionality. Drawn from research in philosophy of mind and phenomenology, key to her conception is attentiveness to embodied agency, narrative and phroenisis over classic manifestations of autonomy in computational decision making, reductive rationality and internalism. The advantage, she maintains, is a more compelling evaluative method of the coherence of a person’s goals and interests in treatment according to their diachronic and embodied self. This view has its accolades from law, cognitive science, nursing studies and the emergent field of continental bioethics; however the task of translation into practice is considerably conceptually taxing. Jessica’s research supports an emergence of practical mechanisms from the perspective of the medical practitioner to support its employ, coupling a deeply interdisciplinary analysis of the epistemological groundings of mental health and neurolaw.

Her work in education consists of an ongoing commitment to teaching ethics between select Arts and Medicine faculties between the University of Sydney, Notre Dame University and Monash University. In 2014 she’ll act as a unit coordinator and teaching associate for the neurobiology & psychopharmacology component for the Masters of Addiction Sciences at Monash University. Additionally, she is co-developing a postgraduate clinical subject in practical phenomenology, employing methods from philosophy of mind (for example, Merleau-Ponty’s temporal horizon, Riceour’s narrative identity) and literature around subjective experiences of mental disorder (for example through the work of Irvin Yalom, Oliver Sacks and Susan Sontag) to inform more effective practice concerning affective illness at Turning Point, Melbourne http://www.turningpoint.org.au/Education/Graduate-Programs.aspx ; herein she proposes that we ought to focus on the narrative features of mental disorder just as heavily as the biomedical. Within the organization she does additional adjunct teaching in virtue ethics. Company to this, she teaches medical ethics within the Monash Biomedical Program, coordinated by the Centre for Human Bioethics through The Alfred Hospital in Melbourne.

This entry was posted on March 6, 2014, 7:48 pm and is filed under meet a member, mental health, Neurolaw. You can follow any responses to this entry through RSS 2.0. You can leave a response, or trackback from your own site.