A review of The Future of the Mind: The Scientific Quest to Understand Enhance, and Empower the Mind

*This post by Katie Strong was initially featured on The Neuroethics Blog. 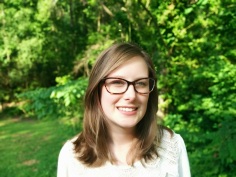 Katie Strong is a 4th year chemistry graduate student working in Dr. Dennis Liotta’s laboratory at Emory University. Prior to graduate school, Katie received a Bachelor of Science from the University of Mary Washington, where she worked towards the development of polyethylene glycol guanidinylation reagents for protecting alkylguanidines. Katie’s graduate school research has focused on the development and synthesis of N-methyl-ᴅ-aspartate (NMDA) receptor subunit selective potentiators to be used as therapeutic probes for the study of schizophrenia and cognitive enhancement. Katie is also an Editorial Intern at the American Journal of Bioethics Neuroscience (AJOB Neuroscience), along with a supporting editor and regular contributor to The Neuroethics Blog, the official blog of AJOB Neuroscience.

The Future of the Mind, authored by physicist Dr. Michio Kaku, explores how neuroscience might inform questions that philosophers have been debating for centuries: Do we have a soul? What happens after we die? Do we even have to die? And what would it take to produce a robot with human consciousness or emotions? To explore these questions, Dr. Kaku interviewed hundreds of scientists who are actively conducting ground breaking work in labs around the world, and from these conversations he made predictions on how these scientific findings would shape our future. The work that Dr. Kaku discusses, such as the latest advances in brain-computer-interfaces (BCI) for the disabled,1 recording dream images with MRI machines,2 or implanting memories in mice,3,4 makes for a fascinating and engrossing read from start to finish. The Future of the Mind is at its best when taking readers through these areas of research and explaining the long-term significance, however many of the neurophilosophical questions posed are largely left to the readers’ imaginations for resolution.

The Future of the Mind is divided into three parts or books, and each book delves more and more into the technology of the future and the type of society that will exist decades and centuries from now. Book I sets the stage for how important physics is for neuroscience; the revolutionary technologies such as MRI, PET, and DBS have used basic physics knowledge, as Dr. Kaku notes, to promote the explosion of advances in the field of neuroscience. The state of these technologies in current research is introduced, along with how to conceptualize consciousness, and in Book II, he discusses how these technologies will enable us to conduct acts similar to telepathy and telekinesis, manipulate thoughts and memories, and enhance intelligence. Book III revisits the idea of consciousness and explores the possibilities related to mind-altering technologies, and suggests we reframe our understanding of consciousness beyond a single type of consciousness (i.e., dreaming, drug-induced states, and mental illnesses). He also suggests that the future understandings of consciousness may move beyond humans to include robots and aliens. Book III also explores ideas straight out of science fiction such as that one day our physical bodies will be too cumbersome for travel to other galaxies through deep space, so we’ll simply leave them behind.

Dr. Kaku excels at taking complex, difficult scientific research and explaining the work in such a way that is easily accessible to the public. His predictions are based on the most recent advances in science, and the criteria for his predictions are that 1) they must obey the laws of physics and 2) a working prototype must exist. For these reasons, even the most far-fetched ideas seem reasonable when presented in his easy to read, pop-culture referenced style. He describes proof-of-concept experiments that take place in mice or primates today and then tries to relate this to what could happen by the end of the century in humans. The Future of the Mind mostly takes place in the science of today and the science of decades and centuries from now, however it does not critically describe the science of tomorrow or even the immediate future.  For example, although we are probably quite far away from directly transferring complex memories to other people, recent work has shown that devices like transcranial magnetic stimulation (TMS) can enhance memory. This could potentially be used to change how the law operates by enhancing eyewitness memories,5 although the current implications of TMS are hardly mentioned. Despite focusing more heavily on the technologies that seem almost like science fiction in nature, Dr. Kaku makes current research clear, accessible, and informative to general audiences. The conversations within the book and Dr. Kaku’s effective communication style are perhaps particularly relevant now. With the announcement of the Brain Research through Advancing Innovative Neurotechnologies (BRAIN) Initiative by President Obama and the Human Brain Project by the European Union, the general public will increasingly need to find resources to enhance their awareness of what neuroscientific advances could potentially be forthcoming

The Future of the Mind is the most engaging when it presents a well-organized breakdown of future technologies; however, a large portion of the books is dedicated to theory of consciousness and altered states of consciousness. Even though Dr. Kaku is well-versed in these subjects and acknowledges the help of over 200 individuals in researching material, he overly simplifies what it means for humans to be conscious and then applies his overly simplistic definition to complex areas of study such as altered consciousness, the consciousness of the future, and alternative beings that may be conscious. Dr. Kaku refers to his theory of consciousness as the “space-time theory of consciousness” and is defined as “the process of creating a model of the world using multiple feedback loops in various parameters in order to accomplish a goal.” In physics, space-time is any formula or model where space and time are placed onto one continuum, and Dr. Kaku, a theoretical physicist who also studies string theory, defines consciousness within these two parameters. In this theory, there are four levels of consciousness, 0 – III, and every organism is assigned a second numerical value associated with how many feedback loops, or parameters of space, he is able to interact with. For example, plants are placed in the lowest level, level 0, but if a plant is able to regulate itself based on 3 parameters (temperature, sunlight, and moisture) it would have a value of 0:3, where 0 represents the level of consciousness on his space-time theory continuum and 3 is the number of feedback loops that the plant is able to use for regulation. Humans are distinct from other organisms in that humans are able to model a situation not only in respect to space, but also time; we can plan ahead not only for tomorrow, but also for times beyond our lifetime. We are capable of “mediating and evaluating many feedback loops in order to accomplish a goal.” A numerical value can also be assigned to humans based on how many realistic outcomes, or parameters of time, a person can model for a specific outcome (e.g., III:100). Human consciousness is understandably a huge task and an enormous area of evolving research, but Dr. Kaku aims to dissolve the difficulties with his theory in explaining this concept and providing a definition in terms that are well applied in the physics field. However, it is unconvincing that consciousness can be reduced to a two value numeric though, especially when discussing disorders of consciousness. Dr. Kaku applies his theory to a few mental disorders including schizophrenia and OCD, stating that problems arise when feedback loops are in conflict. For example, paranoia is an imbalance between the amygdala that recognizes fear and the prefrontal cortex that evaluates this fear. Dr. Kaku does state that this is only a “preliminary sketch,” and future research will unveil the complexities of mental illness that are not discussed in The Future of the Mind.

While the description of human consciousness is shaky at best throughout the entire book, one of the most engrossing chapters describes the ideas behind silicon consciousness, or how machine intelligence could evolve so that robots are able to feel emotionally and conduct sophisticated thought processes, including those that involve ethical choices. The space-time theory of consciousness is applied to robots that have been developed today and the future state of robotics. While this model is overly simplified in terms of the complexity that is human consciousness, this model actually works quite well when describing robots because robots are still mostly confined to laboratory settings. Today, robots are really simple machines that belong in level I in Dr. Kaku’s space-time theory (one step above plants) because they do have the ability to use physical space as a parameter and they may have a few different sensors that act as feedback loops.  In his model of consciousness, robots would have to be able to interact with others and use this interaction as a feedback loop to enter level II to have any sense of emotional value. To be on par with humans on level III where the threat of take-over is near, robots must be able to use time as a parameter in which they make decisions. Placing robots on the same level as a worm puts the idea of the singularity, the point when artificial intelligence surpasses human intelligence, into perspective. Although the space-time theory works to describe the state of robotics today, this theory will eventually fall short as technology become more sophisticated.

In speaking of the future that is decades and centuries away Dr. Kaku heavily references the transhumanist Dr. Ray Kurzweil’s ideas that we will have the potential to upload our consciousness onto computers, clone humans, or have nanobots that will keep us healthy, although Dr. Kaku is a bit more conservative in acknowledging many of the obstacles for each of these causes. Similarly to Dr. Kurzweil though, Dr. Kaku does believe that silicon consciousness and advances from the BRAIN project will carry us into the future and trusts that “the real impact of this technology…will be to liberate the mind, not enslave it.” This is a powerful statement and idea that is continually conveyed, and ultimately what makes a reader want to live to experience a day in the not so near future if it is anything like what The Future of the Mind predicts. In making these bold predictions Dr. Kaku delivers a book that laudably describes the science taking place today and potentially in the future. These scenarios raise numerous ethical questions such as how using such consciousness scales will impact our healthcare practices or the legal status of nonhuman animals and silicon “minds,” or even how cognitive privacy will be protected in a society where mind-reading is possible.  If the society that The Future of the Mind poses is realized, the socioethical implications of such technological advances will need to be addressed beyond just the readers’ imagination, but by scientists and policy makers alike.
References

Strong, K. (2014). A review of The Future of the Mind: The Scientific Quest to Understand Enhance, and Empower the Mind. The Neuroethics Blog. Retrieved on// , from http://www.theneuroethicsblog.com/2014/05/a-review-of-future-of-mind-scientific.html

This entry was posted on May 27, 2014, 12:04 pm and is filed under book review, public scholarship. You can follow any responses to this entry through RSS 2.0. You can leave a response, or trackback from your own site.